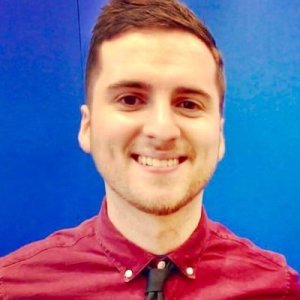 I’m a Glasgow-based parliamentary researcher with experience in political journalism, communications and TV production. I’m currently working on research and media in the office of Katy Clark MSP in the sixth Scottish Parliament.

I also have a decade of experience working in various freelance roles, working in news reporting, features writing, opinion, arts reviews, video docs, podcasting and more. My specialisms and interests have included Scottish and UK politics, grassroots activism, youth cultures, social movements and underground music. I have a full portfolio of work available upon request.

I founded and edited leading Scottish socialist comment site Conter between 2017 and 2019. I’ve had front page exclusive stories published by The Scotsman and Edinburgh Evening News. I also have bylines with The i Paper, Huffington Post, The National, Sunday National, Scotland on Sunday, Glasgow Evening Times, Sunday Herald, The Oban Times, Bella Caledonia and others.

On top of political work, I am an experienced arts/culture writer and editor. I provided regular cover as Entertainments Editor for Edinburgh Evening News in 2017. Two years earlier, I launched The National newspaper’s music section and compiled it for 40 issues. I’ve written arts features and reviews for the likes of Vice, The Skinny, Clash and Stereoboard. My work in this area has led to media guest spots and invitations to judging/nominator panels for the Scottish Album of the Year (SAY) Award (2017-21) and the Scottish Alternative Music Awards (2016-19). I also periodically update my own music blog.

I am the founding editor of Hip Hop Scotland, a long-form blog where I manage a small team of writers. I previously co-edited Scotland Stand Up, the scene’s main long-running reviews site and podcast, between 2013 and 2019. In that time, I also edited, produced and designed Urban Scot, a bespoke one off print zine for Scottish hip hop music and culture. I also produced vlogs and short documentaries for BBC Scotland‘s online ‘The Social‘ project.

I also have experience in communications, which is an element of my current parliamentary role, as well as experience in transcription PR a freelance basis. I’ve also hosted several panel discussions related to politics and culture and appeared myself as a contributor or panellist.